First Half Sales and Contracts Over $5M in Greenwich, CT

A Shot to the Heart: So, for all price ranges, sales are up 21 houses and inventory is down 48 houses. Not all price ranges however, saw lower inventory and increased sales. From $1.5 to $3 million inventory is up 29 listings and contracts are down 27 from this time last year. Slower sales are letting inventory accumulate on the market. This higher inventory and lower sales resulted in a jump in months of supply for this price range from 9.8 months to 11.9 months of supply.  In the price range from $1.5 – 3 million we are up 29 listings and we are down 29 sales and contracts from last year.

As mentioned, our inventory continues to be surprisingly high from $2 – 3 million with 149 listings. This is even higher than the combined two ranges between $1 and 2M, which is usually substantially higher than the $2 -3 million dollar price range. Were it not for this hole in the heart of our market from $1.5 to $3 million we would be up 6 contracts from last year instead we are down 29 contracts. The result is that July should be a good month for high-end sales and a so-so month for our middle market. The market under $1 million continues to be tight. 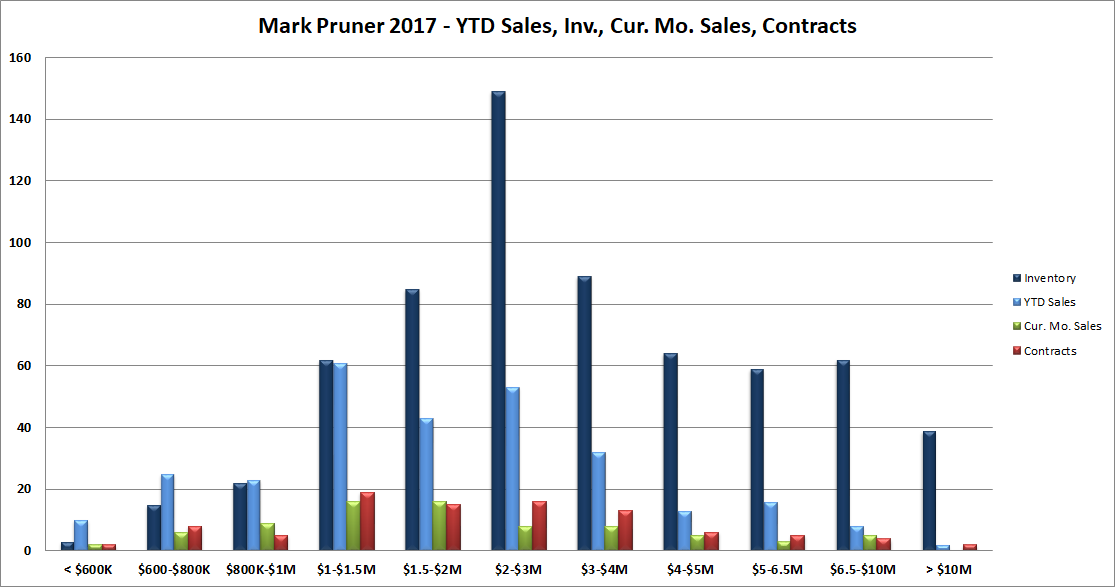 The sales always go up this time of year. June is the month for peak sales, but we have seen an especially sharp jump this year from our poor April sales to good June sales. Having said that we are still slightly below our five year average of 84 sales for June, however year to date good sales in January and March put us 23 sales over first half of 2016.

We have now had two consecutive strong months of sales increases breaking the monthly see-sawing sales we saw in the first four months of sales. Unfortunately, we are likely to return to the see-saw in July as we are down aforesaid 29 contracts from this time last year.

Low Interest Rates Slowing Sales: Now an economist will tell you that increasing interest rates increase monthly mortgage payments and result in lower home sales. A Realtor will tell you that the perception of increasing rates will encourage buyers that have been sitting on the sidelines to make their purchases now rather than later so rising interest rates increase sales in the short term in Greenwich.

Despite the Federal Reserve’s increase in the fed funds rate, mortgage rates have gone back down below 4%. My weekly email from Wells Fargo show their 30 year fixed jumbo mortgage rate is 3.75%, a rate that does not encourage a horde of buyers to get off the dime and buy houses in Greenwich, but does keep sales moving.

Last month we had nearly 9 years of supply from $6.5 – 10 million. At the end of the first half of the year we are down to less than 4 years of supply. You don’t often see such dramatic drops often. So for once, we are starting to feel some urgency in our high-end market. Stay tuned to see what happens next. 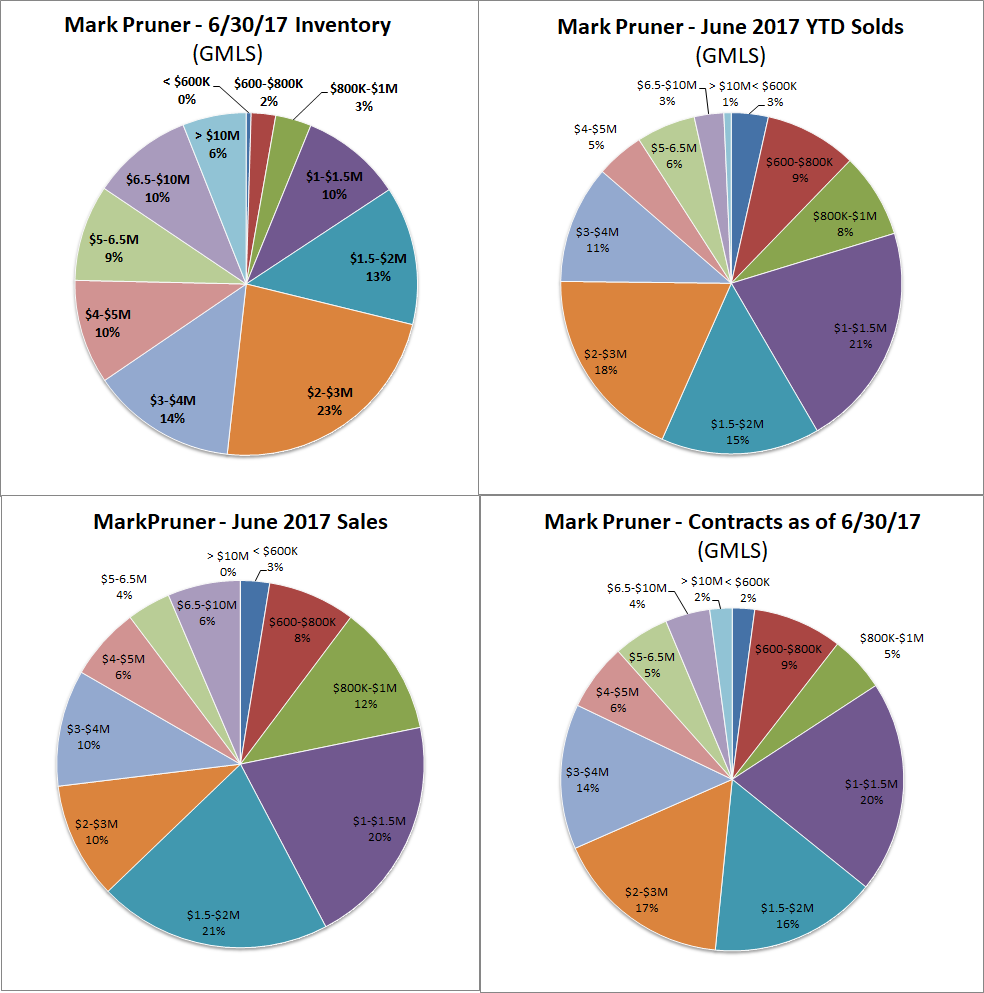