In Greenwich, we have two condo markets; one pretty good and one that appears to be not so good with a sweet spot in the middle. As of 8/8/18 we have 139 condominiums and co-ops on the market here in Greenwich. Of those 139 listings, 103 of them are below $2 million, leaving 36 above that price. This a 75:25 split above and below $2.0M. 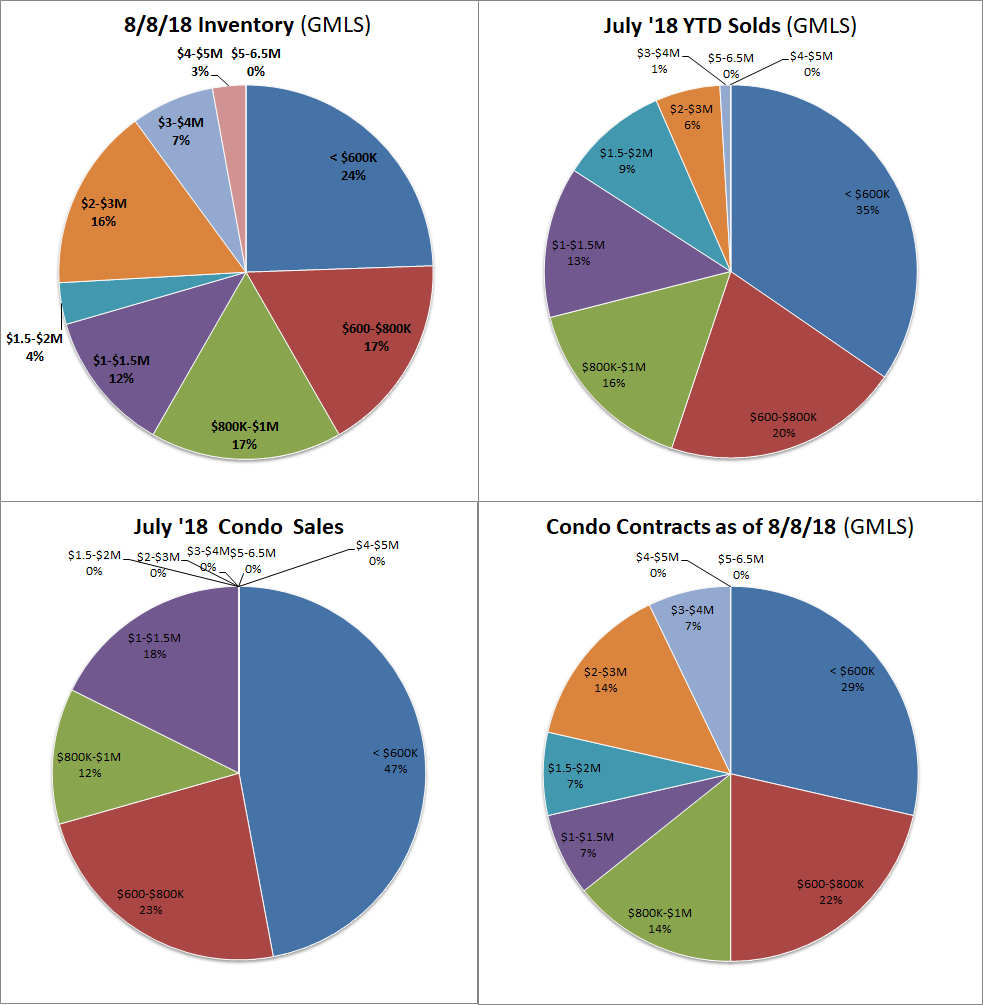 Not only are the prices different, the buyers are different, the primary difference being kids. A lot fewer kids live in condos and co-ops in Greenwich than in single family homes. That not to say that we don’t have children in condos. The Old Greenwich Gables has a surprising number of children. It’s a nice complex and it also a lower cost way to get into Dundee ISD and Eastern MS, than the houses in Old Greenwich. In general, however, most of the people enjoying the lower maintenance lifestyle and the additional amenities you get in condos are younger singles, couples and downsizers.

More amenities have become a battleground in NYC, which has experienced lots of new, luxury condo construction. In Greenwich, we have not seen much new construction of condos until the last two years. If you look at the whole condo market both active and sold units this year, we only have 4 condos built between 2010 and 2106. Now more than 4 condos were built during that period, but (a) not a lot were built, and (b) most of the ones that were bought haven’t come back on the market.

Most of what was built during this condo developments nadir were smaller developments, particularly in the R-6 multi-family zone in Byram and Pemberwick. Starting in 2016, larger projects got underway, particularly in downtown Greenwich. As some people became concerned about the density of these developments, Planning & Zoning shut this door, by only allowing 2 units per R-6 zone lot, so we instead of the R-6 zone being the multi-family zone, we can call it the duplex zone going forward. 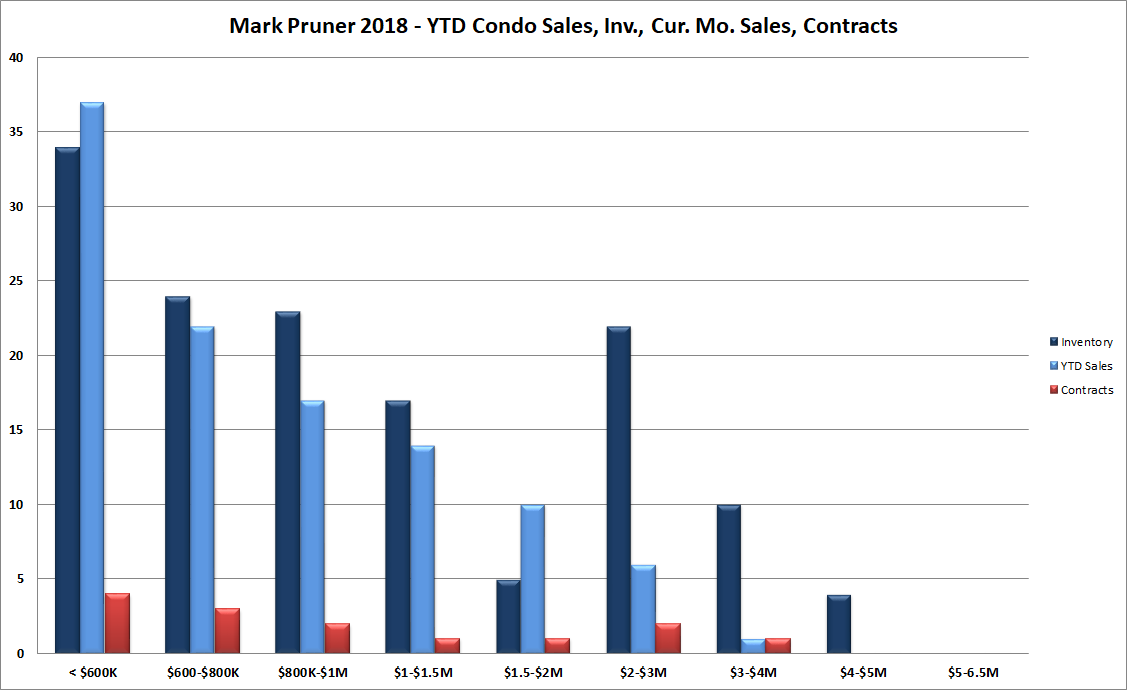 In our luxury condo market, the prices range from $2 – $4 million where we have 32 listings. (We do have 4 condos from $4 – 5 million, but nothing above that price.) This market looks more challenging for sellers as we have 2 years of supply from $2 – 3 million compared to less than a year of supply below that amount. Part of this is that a significant part of the listings in this price are still under construction and those units are harder to sell until completed. On the plus side, several of these luxury units under construction are also under contract. As these units are completed, C.O.’s are issued and the sales close, this will push our luxury market months of supply down.