If you only look at sales as some pundits do, you’d swear that the Greenwich real estate market is in deep trouble. Since August our sales have been in a steep decline dropping from 75 sales to only 24 sales reported on the GMLS in November.

Now you would think that when people sign a real estate sales contract that the closing date set out in the contract would be fixed and national news wouldn’t change these closing dates, but bad news and uncertainty delays closing. The ups and downs in 2014 and 2015 sales compared to the 10-year average were driven by a variety of national news stories and pending regulations such as the TRID mortgage regulations that were originally to go in effect on July 1, 2015. Uncertainty over these regulations led to a big jump up in sales in June 2015 followed by a sharp drop in July 2015. The regulations got delayed until October 2015 and we saw another upturn in September 2015 followed by a downturn Ocbober 2015.

The election clearly did a job on people’s willingness to close a sale in November, but we’ve got a good chance of a December upturn.  We have 93 properties that are waiting to close, which compares to only 85 properties under contract in November 2015, so we’ve got a good chance there will be an upturn in sales this December. Another factor pushing up contracts is the recent run up in interest rates. Concern about higher monthly mortgage payments has put a new urgency in the buying process for many folks. These folks had been sitting on the fence considering buying, but not feeling rushed, now they are out looking.

The market from $1 to $2 million continues to be the major driver in Greenwich. As of today, 210 of our 521 sales reported by the Greenwich MLS have been between $1 and 2 million and 45 of our 93 contracts are between $1 and 2 million. The good news for buyers is that 104 of our 572 listings are in that price range. Buyers have a choice but they’re looking at significant competition.

We are up 11 contracts from $1 – 1.5 million and 10 contracts from $3 – 5 million compared to last year. This seems to be the new sweet spot at the high-end as people who can afford more expensive houses are being cost conscious and buying nice houses, but not as expensive as they could actually afford.

A clear positive for the Greenwich market is the post-election surge in the stock market to new record highs on the Dow Jones Index. Historically, as people feel wealthier with the increase in their stock portfolio they have moved some of that wealth into real estate. We have a lot of real estate available above $4 million dollars and a bunch of good deals.

The drop in these high-end sales is not just a Greenwich issue, but is actually a world-wide phenomenon as high-end sales have slowed down pretty much everywhere. I got an email this Monday from a well-known broker in NYC who had a listing for $11 million that they had reduced to $7 million provided that you put your offer in by Friday of this week. For owners in this price range that really need to sell you need creative brokers and a willingness to bite the bullet on pricing.

If the sellers at the high-end can continue to hold on, as many have done since the end of the Great Recession, there may be light at the end of the tunnel. With a more positive economic outlook and stock portfolios increasing, the market may actually turn around in 2017.

I’m also working on reviving our weekend market, particularly in the backcountry, which has been slow. Many New Yorkers are getting sick of the Hamptons hassle and are looking for a closer and more convenient alternative.  Greenwich has a lot to offer and we just need to get our story out as to how easy it is to get here and the great lifestyle for weekenders once you do. 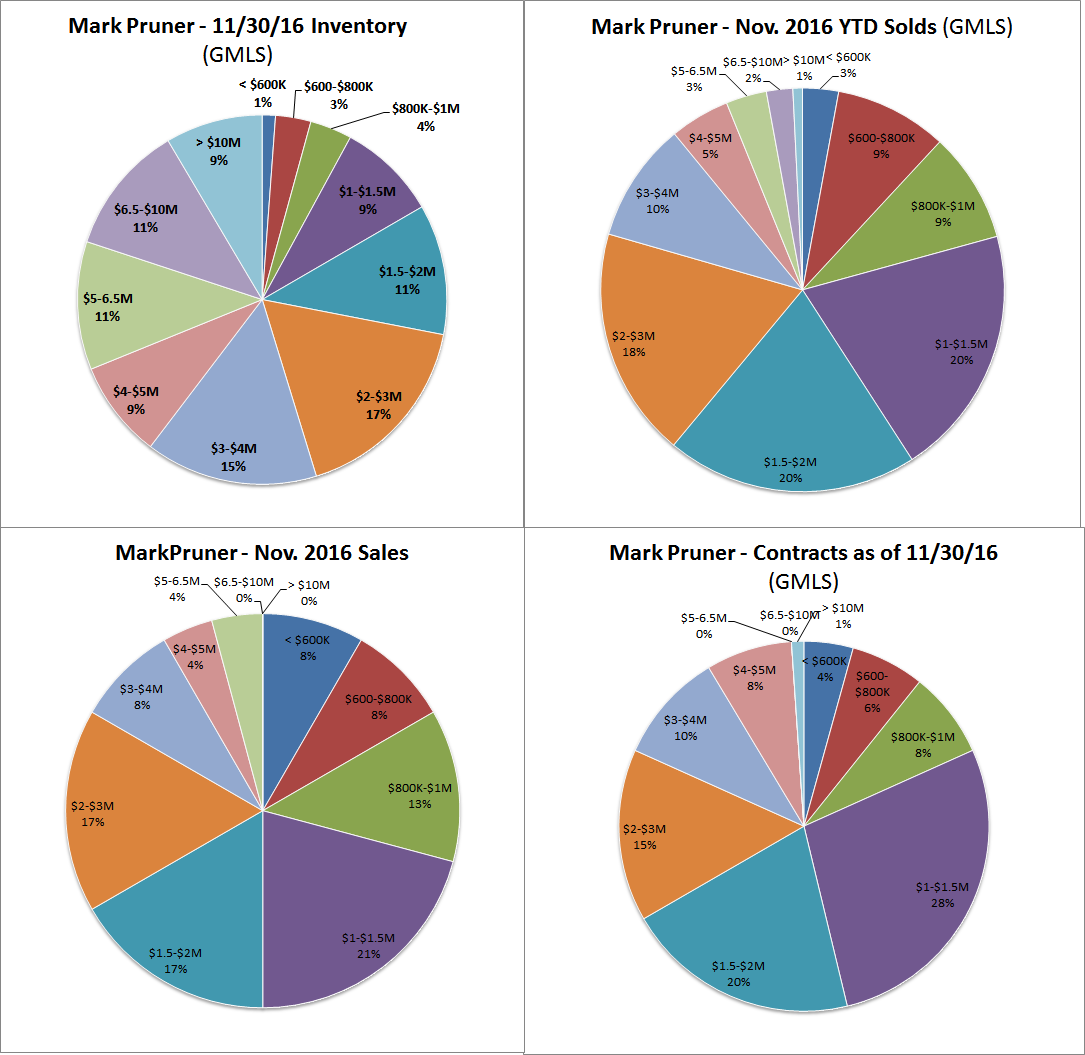