Greenwich single family home sales were up by 26 homes in 2018 compared to 2017. This a 4.4% rise in sales, which most years would not be that remarkable, but in the new tax environment it is quite remarkable. The early reports are that sales have dropped in New York City, Westchester County and other parts of Fairfield County so even a small increase in sales stands outs.

Two price ranges are driving this increase in sales with one price range being really remarkable. Sales from $800,000 to $1,000,000 are up 59% from last year, and this was driven by what in most years would be considered bad news, an increase in inventory. The Tax Cut and Jobs Act passed by the U.S Congress at the end of 2017 eliminated the deductibility of state and local taxes over $10,000.

The result was that many people who had been thinking about moving to a warmer client in the next couple of years decided to take their appreciation accumulated over decades and move in 2018. The great thing about this for Greenwich sales is that for once there was plenty of inventory from $800 – $1,000,000 and buyers bought, snapping up 73 homes in increase of 27 houses from 2017. 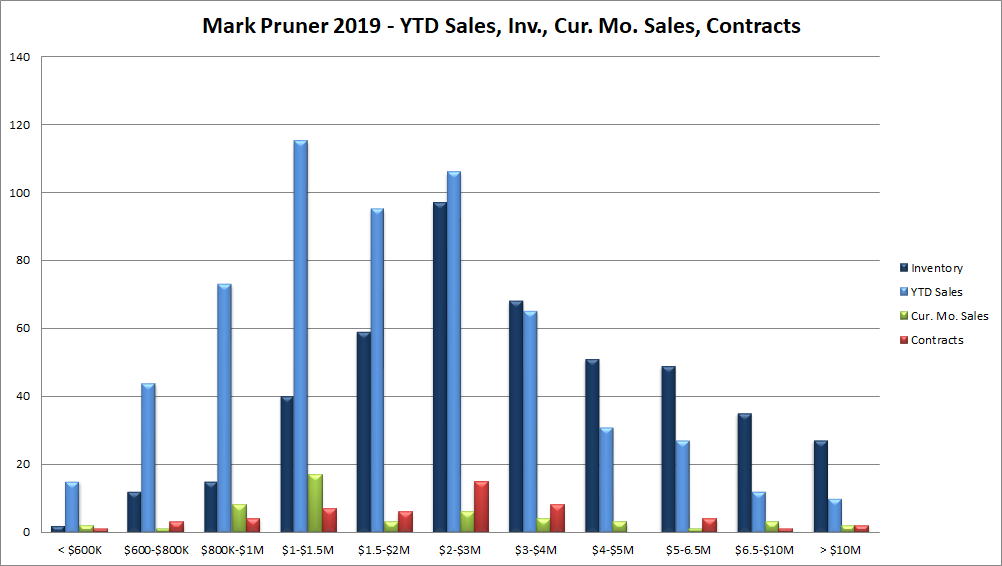 The other price range that saw a jump in sales was from $2 – 4 million where sales were up 16 houses to 171 houses. This price range seems to have benefitted from early downsizers who were still employed and hence tied to the NYC metro area, deciding to relocate to Greenwich where property taxes are often a third of what they are in some Westchester towns. The Town of Greenwich also contributed by freezing the property tax rate in 2018 at the already low 2017 rates.

The no property tax increase in Greenwich however was not enough to entice buyers in the $5 – 10 million dollar range where sales dropped by 13 houses to 39 houses. Curiously, at the ultra-high-end sales over $10 million went up by 25% from 8 houses to 10 houses in 2018. We also have 3 contracts on listings over $10 million, two from last year and one that went to pending contract this week. Overall, the tax changes seem to have been a plus for Greenwich.

In many ways, the more things change, the more they stay the same. As usual December sales did better than November with 50 sales up from 44 November sales. Also, as happens nearly every year, inventory took a big drop on January 1st as over 80 single family home listings expired on the last day of 2018. The result of that is that months of supply took a big move to the seller’s side. The exemplar for this is the price range from $6.5 – 10 million where we went from 56 months of supply at the beginning of December 2018 to 35 months of supply on January 4, 2019 (when I ran the inventory numbers).

The good news for the 35 listings still on the market in the $5 – 6.5 million is that we had 3 sales in December compared to only 9 sales in the first 11 months of 2018. So, more sales in December and less listings make for an almost 2 year drop in months of supply in this price range in only one month. All this means that you should always take January month of supply numbers with a large grain of salt as the sudden one-day drop in inventory from 12/31/18 to 1/1/19 means that December MoS will almost always be significantly lower than November MoS in most of the price ranges. 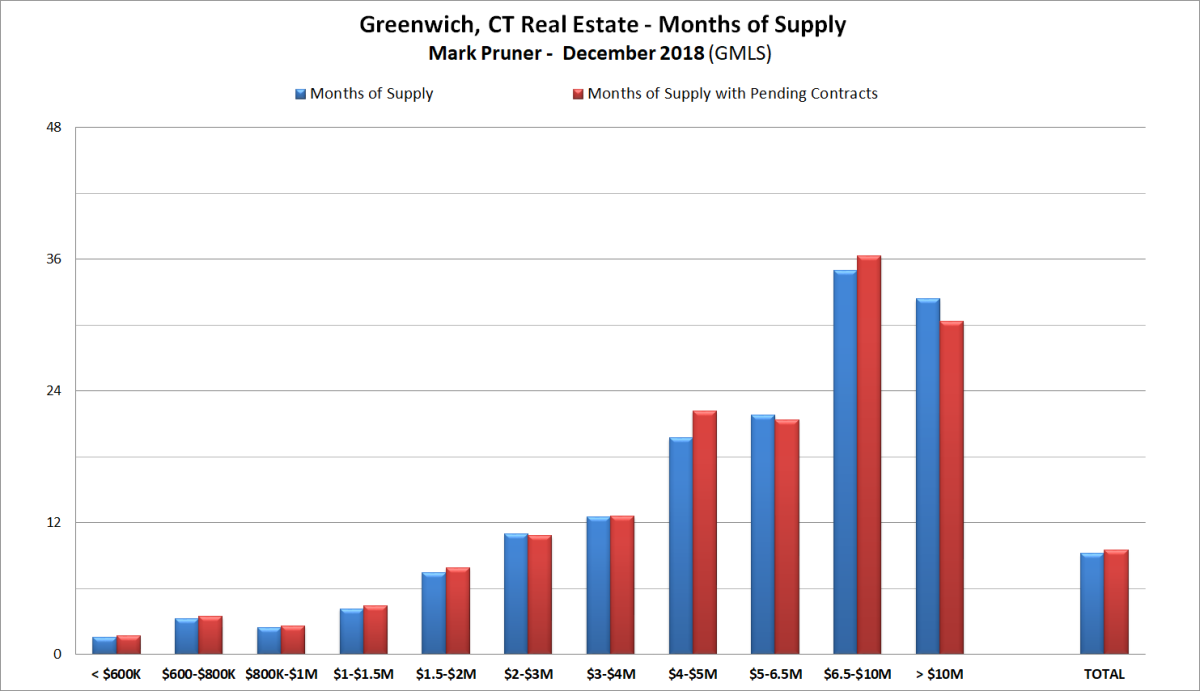 Overall, our inventory is about the same as last year with 455 listings as of the beginning of the year up only 4 listings from last year. Contracts however are down noticeably in most price ranges going from a total of 69 contracts last year to only 51 contracts at the end of 2018.

There is nothing like a government shutdown to make people take a step back and wait before signing on the dotted line. When will Washington realize that their lack of ability to work together is a major impediment to having a better economy?

If Washington gets its act together, given low unemployment and finally a rise in real wages, 2019 could be pretty good year with actual increases in average prices.