Condos have been quietly playing a bigger and bigger role in Greenwich. In 2012, condos were only 22% of our market, by 2017 they had soared to over 36% of our residential market. Since 2012, they have continued each year to be over 30% of sales compared to single family home sales. Condos this year have done about the same as last year. However, the mix of what is selling has changed. In this Covid era, we are seeing more sales of townhouses and fewer sales of apartment style condominiums.

So far this year we have 62 sales of condominiums and co-ops. (All condo references and numbers in this report include co-ops as they trade almost like condos.) As is true of most years, these sales are concentrated under $600,000. For many people condominiums are an affordable way to get into the Greenwich housing market and for downsizers are a way to stay in the Greenwich that they love. The other thing we’ve seen in the last few years is the growth in new higher end condominiums, those priced above $2,000,000. 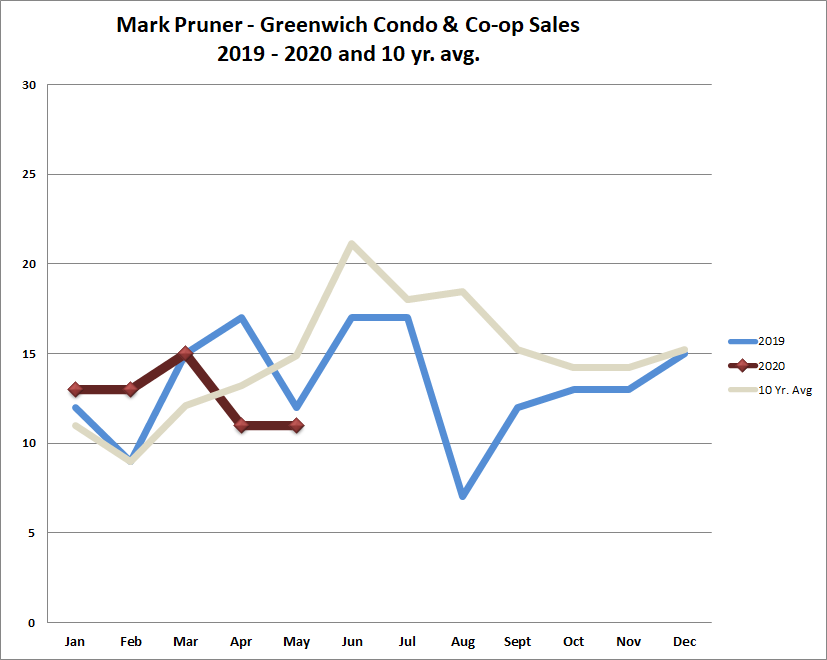 Like houses we have a certain seasonality to condo purchases. Over the last 10 years, condo sales tend to peak in June, however they do not drop off as much in the fourth quarter. The first quarter also does  have rising condo sales, but it is not as steep as we see for single family homes. The result is that condo sales are spread throughout the year. Also, given the smaller number of sales the graph tends to jump around month to month much more in condo sales.

Condos as you would expect sale for a little less per square foot than houses , but not that much last. Our house dollar per square foot is around $500 per square foot whereas the median price for condos is $450 per square foot. This is even more remarkable when you consider that the price per square foot for a single-family home obviously includes the land cost too. The reason that we’re seeing such high prices is that condos are often sit on some of our most valuable land. They are located usually within a half a mile of the Post Rd where land prices or higher and are often in downtown areas where prices are even higher.

You see a concentration of condos as you would expect in downtown Greenwich, but we also have a fair number in Pemberwick and in Old Greenwich. What many people may miss is that Chickahominy just west of downtown Greenwich has a bunch of relatively new condos at the end of streets off of Hamilton Ave. 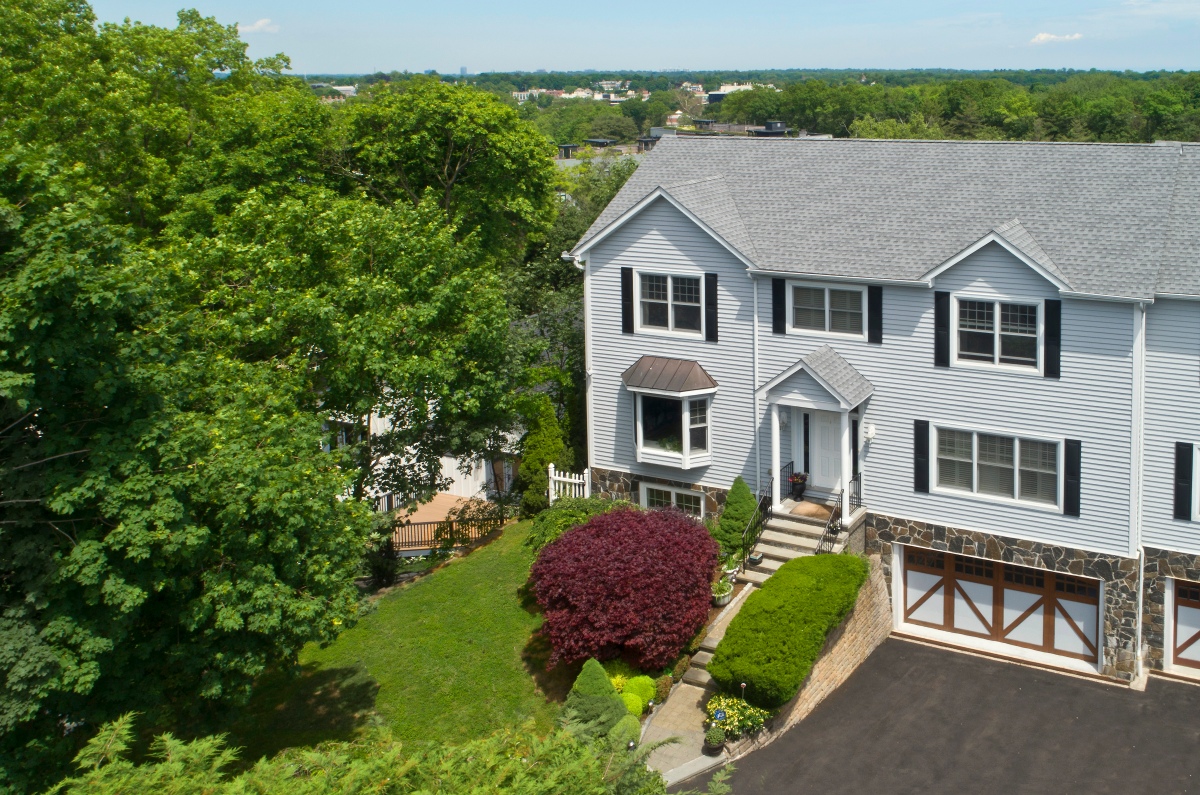 I’m listing one of these condos this week at 8 View Street , the street across from the Two Door restaurant and Bella Cucina. This is a 3300 square foot unit with a two-car garage and even its own  small yard which is unusual for a condominium. It has a large balcony with winter water views of Long Island Sound. This 3 bedroom, 2 1/2 bath condo is listed for $1,199,0000.

That condo is on the larger size for Greenwich. Condo sizes vary from studios at 585 square feet to large town houses at close to 5000 square feet. Our median condo size is around 1,500 s.f.  On average, our condos stay on the market for 141 days and we have about a 7.5 months of supply of condos. The lower the price, the lower the months of supply we have.

In 2011 we only sold 128 condos in Greenwich however by 2015 the market had recovered strongly, and we sold 210 condominiums. Since then we’ve been roughly around 200 condominium sales a year. Last year, in 2019, was a slower year for both houses and condominiums, as we only had 159 condo sales and only 526 house sales. Last year was the year that the Tax Cut and Job Act with its limitation on mortgage and property tax deductibility really cut into the Greenwich real estate market. 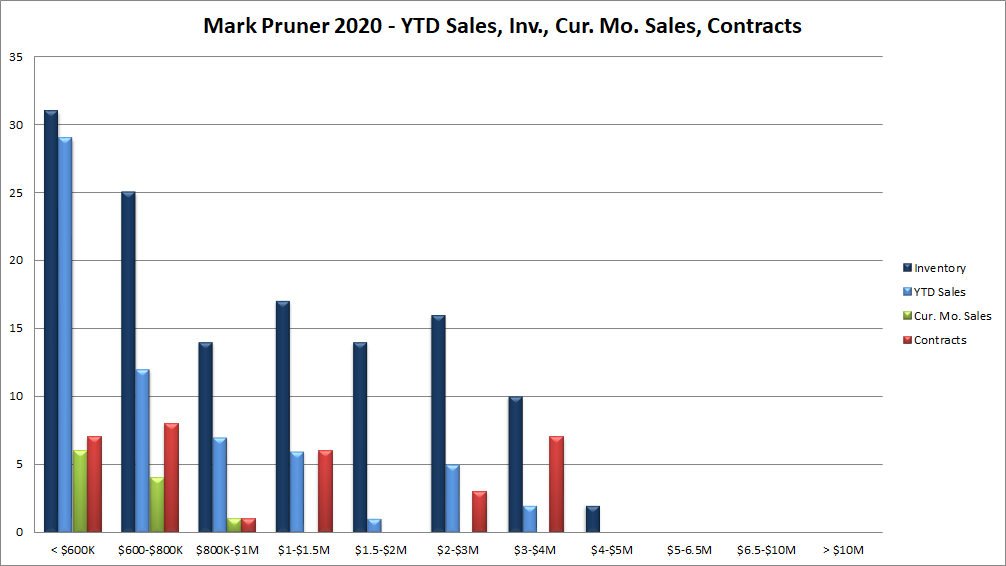 This year the condo market, like houses, started off the year doing well. The last two months things have slowed down with the Covid virus. We are seeing good interest from buyers looking to get out of New York City, particularly in those condo units that don’t share common elements, such as elevators and hallways, with the other units. Townhouse style condos are very popular.

When you look at months of supply, we have a competitive market all the way up to $1.5 million. We have a big jump in months of supply from $1.5 to 2 million as we have a bunch of new condos coming on in that price range. At the very high end, over $2 million for condos, we have a bunch of new condos whose prices are challenging previous highs particularly when you look at the price per square foot. These units are going to contract, many are waiting for C.O’s before closing.

Overall, our condo market is an important element in the diversity of Greenwich. Many of the smaller towns in Fairfield County have only a very small percentage of condominiums. One of the great things about having the number of condos that we have is that people who want to downsize to a more maintenance-free lifestyle don’t have to leave town to do so. We also see many of these downsizers become snowbirds and spend winters at houses in Florida and other places and come back for summers in Greenwich.

As we recover from the Covid virus, condo sales should rebound. We have 32 contracts waiting to close or more than half of the sales we have seen so far this year. We are also seeing a fair number of people from New York looking at condos in Greenwich. For many of these New Yorkers, the question may be a condo in Greenwich or a small house in Stamford or Norwalk.

Families tend to go for the smaller houses, though you actually see a surprising number of children at certain condo complexes, whose parents prefer the Greenwich schools. Couples tend to like the condos over houses and also like being closer to their jobs in New York City. As in the past few years, condo sales will likely be around a third of our market this year.

Condos are one of the things that make Greenwich Greenwich and maintain its vitality and they are an important part of our real estate market.